The Raven Rock Ramble offers six routes of differing distances. All routes start and finish at Harris Lake County Park (see Directions). Each route except the 10 mile route has rest ("sag") stops. The location of the sag stops are noted on both the map and the cue sheet, and in the Mobile App. The location of stores are also noted on the map.

The clip sheets were added in 2015. They are an abbreviated version of the cue sheet designed to be used with a handlebar clip holder.

The maps and cue sheets for each route are listed below.  You'll need an Adobe Acrobat Reader to work with the .pdf files, which you can download from the Adobe web site.

1 The routes are measured from the park entrance on New Hill - Holloman Road.

4 The clip sheets (for use with handlebar clip holders) are finalized for 2020.

5 RideWithGPS is a high-function route creation site that has an accompanying smartphone app. It has a very slick interactive map and elevation chart. You can take advantage of the North Carolina Bicycle Club's club account and get free access to the RideWithGPS app's premium features, such as turn-by-turn directions. See the instructions on the NCBC web site. You will need to create a RideWithGPS account if you don't already have one. Choose the free account.

6 Bikely.com is a very useful bike route mapping site. Among other things, Bikely lets you "ride" the route. Click on the "Play" button to traverse the route and see all the turn descriptions. And you have all the controls of Google Maps at your disposal.

7 GPX files can be imported into some GPS units to give you turn-by-turn instructions on the route.  Cool, eh?

8 Similarly, TCX files can be imported into some GPS units. 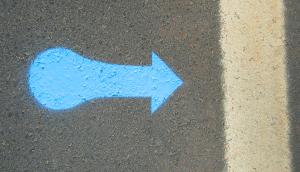 The routes are very well marked.  This is something I'm picky about.  Each route is marked with a different color stenciled arrow (100 mile is white, 62 mile is yellow, 31 mile is blue, and 10 mile is red).  Each turn has three arrows: beside the "intersection ahead" sign, just before the intersection, and a confirmation arrow just after.

The 86 and 43 mile routes are "shortcut" routes and marked with green arrows, starting at the point where they diverge from the 100 and 62 mile routes, respectively. A bright orange stenciled "X" indicates where routes split.  You will see these where, 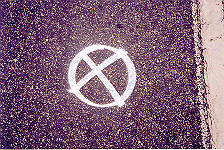 If you see a circled "X" you have just missed a turn! 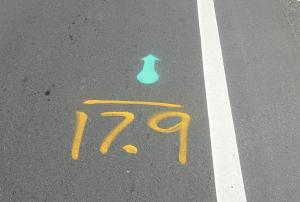 If you see an arrow (any color) with a yellow line and number underneath, that's the number of miles remaining.  These are placed toward the end of the various routes on confirmation arrows (the arrow after an intersection).

All four routes turn right onto New Hill-Holleman Road as you exit the park and head out over Harris Lake.  You have a brief climb up to the stop sign at Holleman's Crossroads and then continue straight on Rex Road.

Enjoy the brief downhill, as afterwards you'll have a 2 mile climb ahead.  Nothing too steep, but a long steady grade to get you warmed up.  When you finally get to the stop sign, the 10 mile route turns left, and all others turn right onto Cass Holt Road. 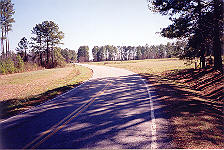 With only two respites, the uphill climb continues over the next 3.5 miles.  Like before, the climb is not horribly steep, just long. 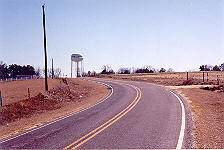 The water tower will be your signal that the climb is about to end as you finally approach Hwy 42.  (Useful note:  water towers are always at the tops of hills.)

Now it's cruise time. After you zig-zag on 42 (and be careful of the RR tracks), you'll make very good time as you work your way south on Christian Light Road. This will lead you up to the first sag stop at the 12.7 mile mark at Whitey's Country Store, where the 100 mile route goes straight and 62 and 31 mile routes turn right. 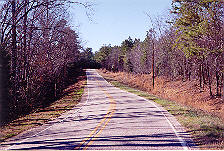 After turning onto Cokesbury Road at the first sag stop, the route gets, well, cruel. You get a wonderful, steep descent that bottoms out at the base of a long, steep climb. The picture here doesn't really do justice. Shortly after cresting the hill, the 31 mile route continues straight, and the 62 mile route turns left onto Ball Road.

(continuing with the 62 mile route) 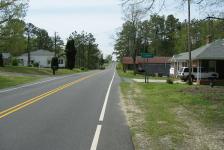 Ball Road is a blast - great pavement, pastoral surroundings, and a screaming downhill.  It will take you back to Hwy 42, where you turn left and go what will seem like forever.  The good news, though, is that you'll be descending the steepest hill on the route, where you can easily hit 45mph or better.  You'll pass through scenic Corinth, and stay on 42 (even though it looks like a left turn) to take you across the Cape Fear River.   (Notice that you only cross the Cape Fear River once - how can that be?) 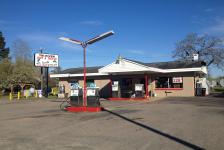 After an admittedly long climb (again, not steep, but long) you come to Tri-River Bait and Tackle (formerly Mark's Bait & Tackle) on the left. The sag stop is on the left behind the store. The 100K route rejoins the 100 mile route at this point. Both continue briefly on Highway 42 and turn left onto Salem Church Road. Watch for traffic here!

You continue south Christian Light Road - mostly flat except for one long downhill and a matching uphill just before you reach Hwy 401.  401 is a little busier than I'd like but it's a long downhill grade to the river, so you'll go fast.  Turn right at the McDonald's onto 421 to cross the Cape Fear River and enter Lillington. 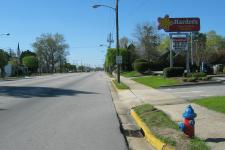 As you go through Lillington you'll turn left at the 4th stop light onto McNeil Street (difficult to mark, and easy to miss, because there are multiple lanes here). Look carefully at the picture. You turn left at stop light after the Hardee's. What follows is paceline heaven - over 7 miles of flat, mostly straight rural roads. 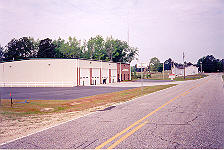 After a couple turns you'll cross US 401 at Bunn Level.  Here you enter "No man's land" with no stores or services for the next 25 miles.  However, sag stop 2 (pictured left) is only 7 miles away.  Bathrooms are available here. 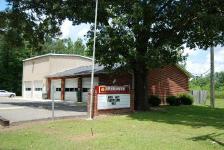 After sag stop 2 you'll work your way toward Barbecue, NC through very rural countryside. After crossing Hwy 210 you go straight on Darroch Road for 5 miles. You then cut north over to Highway 27 and go another 5 miles, passing Western Harnett High School. You'll turn right on Barbecue Church Road, pass Barbecue Presbyterian Church, and then find sag stop 3 at the BenHaven Fire Station #2 on the right. 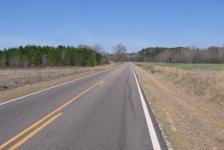 After sag stop 3 you'll cut over to Rosser Pittman Road and start your 8 mile climb into Broadway. The grade here isn't all that steep, just long.  Broadway is the highest point on the route. 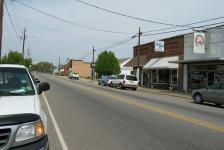 Once you arrive in Broadway you'll cruise through town, take a right at the flashing light, and enjoy another stretch of paceline-friendly roads for the next 7 miles or so.  After that, the hills start rolling.  (Note:  if you simply stay on Main Street in Broadway you'll take about a 12 mile shortcut, plus go by a nice convenience store.

The route continues straight on Buckhorn Road all the way to Highway 42. At the intersection with Highway 42 you'll see Tri-River Bait and Tackle on the right. This is sag stop 4, and you re-join the 100K route at this point. You'll turn left onto Highway 42 for less than 1/10 mile, then turn left again onto Salem Church Road. Watch for traffic as you make these left turns!

Once you turn off 42 you have pleasant, rolling hills into Broadway. The pavement's rougher than I'd like, but once you return to Main Street you have good, flat roads for the next 6 miles. 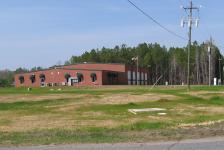 A short climb will take you up to Lower Moncure Road, which is also Bike Route 1. This stretch always seems longer than it ought to (at least to me), with rolling hills, pine trees, and not much else. As you follow Bike Route 1 you'll come to Old US 1, cross the Deep River and enter Moncure.  Just beyond the Haw River bridge is sag stop 5 at Moncure Fire Station.  At this point there's only 13 miles left to go!

Old US 1 used to be the main road between NY and Florida, and remnants of the road's glory days can still be found, such as the building pictured left.  You enter Wake County at Bonsol (the train place), and, at last, the road has been resurfaced.  Lots of short rolling hills, but now smooth pavement for 2 miles until you turn right on Shearon Harris Road.  After passing the nuke site and turning right on New Hill-Holleman road, there's just a few more rolling hills between you and the park entrance, the ride's end, and food and drink!

(continued from the split with the 62 mile route at the 16.3 mile mark)

At this point the real climbing is finished, and the 31 mile route continues on Cokesbury Road, all the way back to the water tower (see picture from outbound description) at Hwy 42.  Here, you proceed straight across 42 and retrace the outbound route for the next  3.5 miles, enjoying all the hills you climbed on the way out.  After you turn right onto Cass Holt Road, you'll follow the 10 mile route (below) back to the park.

(continued from split with other routes at the 3.5 mile mark)

Cass Holt road take you through scenic countryside, with no major hills to speak of.  When you pass Holly Springs High School and reach the stop sign you'll turn left on Avent Ferry Road, where the scenery's just as good and the hills become a bit more rolling.  You'll be descending more than climbing as you get back to Holleman's Crossroads.  From there, you turn right onto New Hill-Holleman Road and cross Harris Lake to return to the park entrance.  You're done!